This is the user guide for my AirHead 1000 wireless headset. It is one of the few that I have found that works with both Mac and PC.

Here are the instructions for setting up the AirHead with a Mac.

Get the AirHead 1000 Working on a Mac 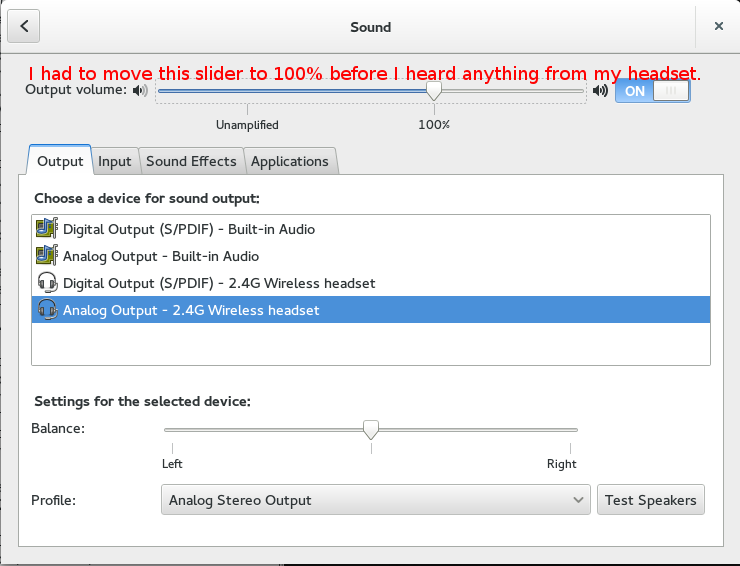 Plantronics_Headset_UserGuide.audio995_ug_en for my headset at work.

802.11b has a maximum raw data rate of 11 Mbps and uses the same CSMA/CA media access method defined in the original standard. Hence, chipsets and products were easily upgraded to support the 802.11b enhancements. The dramatic increase in throughput of 802.11b (compared to the original standard) along with substantial price reductions led to the rapid acceptance of 802.11b as the definitive wireless LAN technology.

802.11b cards can operate at 11 Mbps, but will scale back to 5.5, then 2, then 1 Mbps (also known as Adaptive Rate Selection), if signal quality becomes an issue. Since the lower data rates use less complex and more redundant methods of encoding the data, they are less susceptible to corruption due to interference and signal attenuation. 802.11g, which has data rates up to 54 Mbps is backwards-compatible with 802.11b.

The 802.11a standard uses the same core protocol as the original standard, operates in 5 GHz band, and uses a 52-subcarrier orthogonal frequency-division multiplexing (OFDM) with a maximum raw data rate of 54 Mbps, which yields realistic net achievable throughput in the mid-20 Mbps. The data rate is reduced to 48, 36, 24, 18, 12, 9 then 6 Mbps if required. 802.11a has 12 non-overlapping channels, 8 dedicated to indoor and 4 to point to point. It is not interoperable with 802.11b/g, except if using equipment that implements both standards.

Since the 2.4 GHz band is heavily used, using the 5 GHz band gives 802.11a the advantage of less interference. However, this high carrier frequency also brings disadvantages. It restricts the use of 802.11a to almost line of sight, necessitating the use of more access points; it also means that 802.11a cannot penetrate as far as 802.11b/g since it is absorbed more readily, other things (such as power) being equal.

There are dual-band, or dual-mode or tri-mode cards that can automatically handle 802.11a and b, or a, b and g, as available. Similarly, there are mobile adapters and access points which can support all these standards simultaneously.

The 802.11g standard swept the consumer world of early adopters starting in January 2003, well before ratification. The corporate users held back and Cisco and other big equipment makers waited until ratification. By summer 2003, announcements were flourishing. Most of the dual-band 802.11a/b products became dual-band/tri-mode, supporting a, b, and g in a single mobile adaptor card or access point. Despite its major acceptance, 802.11g suffers from the same interference as 802.11b in the already crowded 2.4 GHz range. Devices operating in this range include microwave ovens, Bluetooth devices, and cordless telephones.

In January 2004 IEEE announced that it had formed a new 802.11 Task Group (TGn) to develop a new amendment to the 802.11 standard for wireless local-area networks. The real data throughput is estimated to reach a theoretical 540 Mbps (which may require an even higher raw data rate at the physical layer), and should be up to 100 times faster than 802.11b, and well over 10 times faster than 802.11a or 802.11g. It is projected that 802.11n will also offer a better operating distance than current networks.

On May 2, 2006, the IEEE 802.11 Working Group voted not to forward Draft 1.0 of the proposed 802.11n standard for a sponsor ballot. Only 46.6% voted to accept the proposal. To proceed to the next step in the IEEE process, a majority vote of 75% is required. This letter ballot also generated approximately 12000 comments — much more than anticipated.

According to the IEEE 802.11 Working Group Project Timelines, the 802.11n standard is not due for final approval until July 2007.